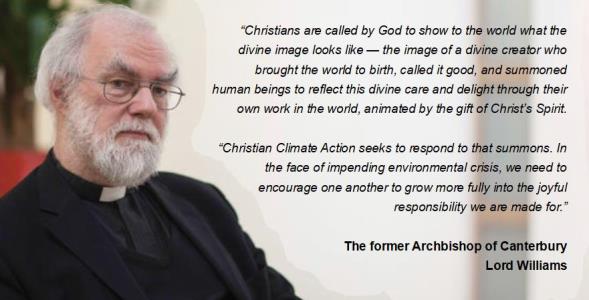 Thought for the Week – The Protest Dilemma – 6th Sept.

I have been following with interest the planned 10 day protests around the UK regarding both climate change and the perceived failure of the Government to take the matter of protecting our environment seriously, a subject and cause that I personally am in support of.

The organisation of the protest was predominately driven by the group Extinction Rebellion also known as XR, who describe themselves as a non-violent, civil disobedience, activist movement and on reading their mission statement I felt an immediate twang of unease about anything aligned to civil disobedience (perhaps being a former police officer had much to do with this) and therefore for me I could never consider grabbing my placard, megaphone and protest chant and then set off for Central London to actively protest social change, especially if it required civil disobedience, so this was something I would as always, observe from afar.

There was of course no surprise when the first reports came in of protesters breaching the confines of the prescribed route, issued legally by police to facilitate lawful protest, with examples of people gluing themselves to the ground, chaining to trees, blocking off the highway etc. in order to cause as much disruption as possible to the everyday life of London’s community. Well for me the protest had now crossed a line for what is acceptable civic behaviour and moved into the unacceptable, because I fervently believe that no cause justifies the anarchic means by which Extinction Rebellion were making their point, my inner pendulum of sympathy and support quickly swung in favour of the authorities and I simply became indignant towards both XR and their methods, because this is not what I held to be legitimate, peaceful and lawful protest.

On Wednesday however something happened at the protest that caused my inner pendulum to swing back and forth like a fiddler’s elbow, when over the social media newsfeed I read that two members of the clergy, yes the clergy, had broken through the police lines and had obstructed the highway for which they were promptly arrested! My first reaction was one of disbelief that peace promoting Christian priests would do something so outrageously unpeaceful in order to have their point of view given due regard. This was then followed by another report of a vicar aged 77 doing the same thing elsewhere, again arrested and detained at a police station. What was then really incredulous for me was to read a social media blog that talked of a young Christian protester called Ben which stated, “please pray for Ben, who has just had his first arrest”, his FIRST arrest like it was a rite of Christian passage, you know, baptism then communion and then first arrest! The blog was from a social media feed belonging to a group called Christian Climate Action (CCA) of whom, being completely honest, I had never heard of until this point. Looking closer I realised that the group consisted of and were unified by various denominations of Christianity to protect and save God’s creation from destruction. It was then that I also came across a CCA blog that showed Former Archbishop Lord Rowan Williams was in attendance, along with a protest banner outside Parliament. He was giving a rallying call to arms for Christians to be there, saying “People of faith should be here because they are people of faith. That is, they believe they can make a difference of some kind and that the difference is worth making”. To be fair he never made mention of getting yourself arrested but I now found myself examining my own Christian moral compass and asking if it was pointing in the right direction, which of course should be towards God through the fundamental guidance of Christ and to do this I always try to place Jesus at the centre of things, asking “what would Jesus say or do if He were standing in Parliament Square today? What would He say about civil disobedience or even getting arrested?”

What I really wanted to know was whether I should be more politically active, standing in solidarity with all these other Christians on the front line of social activism or to remain being the pacifist I started feeling I really was?

I decided to look to Scripture to see if anything spoke to me from there, a signpost for what Christian activism should look like. The main signpost of course is Jesus himself, He was after all a very radical individual for His time, a social reformer and activist who openly denounced the Pharisees, ate with both prostitutes and tax collectors and even displayed physical outrage by turning the tables over at the Temple, all of which are examples of His disobedience to the accepted and established norm, examples that perhaps you could take and use as justification for current Christian political agendas. He was a man who demonstrated openly His belief in the rights and wrongs of how society behaved towards each other, especially the wrongs and He looked to His disciples to do the same, He was a role model for challenging injustice and for building a Kingdom that would of course embrace a Creation for all to share.

However before we all grab our pitchforks and flaming torches of self-righteousness and head off to London, if we look at His activism in relation to civil disobedience it’s not really there, because Jesus targeted the religious order and not the state, his focus was on having the correct relationship between God and His people through actively loving Him and each other, a guiding principal reflected in His teachings, which perhaps is an entirely different form of activism to the one some are now seeking.

Interestingly when considering civil disobedience against the state authority, there is a passage in Romans where Paul writes “Obey the government, for God is the One who has put it there. There is no government anywhere that God has not placed in power. So those who refuse to obey the law of the land are refusing to obey God, and punishment will follow.”(Romans Ch13 v1-2). It sort of suggests that perhaps it might be acceptable to protest the Government if the Government allow, but not break the law in order to do so, if of course you wanted it to suggest that.

So what to do? I really am not sure anymore. The Creation was God’s gift to humankind and it must be protected for this generation and especially for the next as it will be our legacy, on that point I am certain and also that there can be no swerving of responsibility in its protection for all those who profess to having a faith. The manner in which we as individuals and as a collective carry out that responsibility, is for me a difficult one to call. I must remind myself though of not judging those who would do the things I choose not to, for they too will judge me in the same manner. They chose to take extreme actions in using civil disobedience, something I do not hold with, however, they may look at my passivity as a failure before God’s eyes too.

All I feel I can do is pray and listen for God’s voice through His Holy Spirit that moves me to do the things I do in life and hope I get it right, I will of course not forget to also pray for CAA and for those who serve God’s purpose in a different way to me. So what has this recalibrating of my moral compass done? Well, part of me now feels a desire to head off to the garage to have a placard making session because I really do want to be both relevant and to make a difference, but I think I’ll probably give the glue and chains a miss, so how about you? Where is your Christian compass pointing during this week of protest? A thought for the week…..

A Prayer for God’s Creation

Fill us with a spirit of praise, gratitude, wisdom, and courage that we might care for your creation and not misuse it, to ensure that its bounty is shared in justice with all our brothers and sisters and that we may possess the courage to speak out on its behalf whenever it is threatened.

We ask this through your son, our saviour, Jesus Christ,