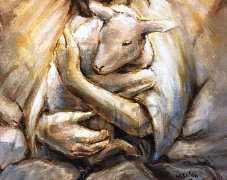 This Sunday is a special one as it is the last Sunday in the church year. Next week we begin the new church year with the first of the four Sundays of Advent. It is an exciting time, preparing for Christmas and the birth of our Lord Jesus. Although it will be very different this year, I’m sure we will find a way of being with our friends and loved ones, albeit at a distance. But we know and remember that although a time of joy and celebration, for some it will be a difficult time, and we keep these people in our thoughts and prayers and pray that in time they will come to enjoy and celebrate Christmas as they once might have done.

This Sunday we celebrate the festival of Christ the King. It is a festival in honour of Jesus Christ as lord over all creation. It was established by Pope Pious X1 in 1925, originally celebrated on the last Sunday of October, but revised by Pope Paul V1 in 1969 and moved to the last Sunday immediately preceding Advent. It is also ‘Stir up Sunday’, the day when people drive their families mad! (only kidding)! It is the day when traditionally families gather to prepare the Christmas pudding so it has plenty of time to mature before Christmas day. However, the day does not actually get its name from stirring the pudding but from the Book of Common Prayer,

“Stir up we beseech thee o lord, the wills of thy faithful people that they bring forth the fruits of good works, may by you be richly rewarded, through Jesus Christ our lord Amen”.

The prayer is asking God for something much more important than the stirring up of a Christmas pud. We are praying that God will stir up our wills so we might be encouraged to get on with doing the good works he has planned for us and then by God’s will, be rewarded. However since Victorian times it is for some, still associated with the lovely family custom of preparing the pudding together. Not that we do this in our house as my dad has a recipe handed down from his father, so he (and my mum as his commis chef AKA head cook and bottle washer!) prepare it.

My guilty pleasure is watching a good old schmaltzy Christmas film, usually involving a soppy dog and a couple who dislike each other immensely to start with but end up………. well, you know how it ends. So on yet another rain soaked “lock down” day recently, we were searching through the TV guide only to find a lot of doom and gloom, statistics of the pandemic etc , in fact so many people in the UK felt this to be true that they wrote into the BBC , influencing them to feature some heart-warming stories. One such story was of an 80 year old ex music teacher called Paul Harvey who had Dementia. His son Nick was visiting him during Lockdown and realized he was deteriorating and could sense him drifting away from him. He wanted to do something to inspire his father, to put a twinkle back in his eye. He remembered his father telling him that his party trick to get his students engaged was to ask them to give him 4 musical notes, he would then compose a piece of music using them. Nick knew music was the one thing which was guaranteed to bring him back to somewhere near normality. His son decided to present a challenge to him and gave him 4 random notes, F, A, D and B. To his and his son’s surprise Paul was able to improvise and compose a piece of music. His son posted a short video online showing his father playing the piece. The post received more than 1.6 million views, including someone from The London Philharmonic Orchestra. It is now out as a single, named

all of the proceeds going to charity. His son said it had given his dad a new lease of life and Paul himself said, it was very, very moving and thrilling all at the same time.

I think that sometimes we see a glimpse of Jesus in these stories and as David said last week, music can stir up emotions, both positively and negatively, take us back to places we remember vividly and bring us joy when singing our favourite songs of praise. Paul Harvey was a teacher and had his students, just as we have a teacher in our Lord Jesus and we are his students. But like all students we can easily be distracted. How many times has the Lord tried to prompt us into doing something? It might be visiting someone you know who is struggling at the moment or helping a neighbour who could do with a hand. It may be ignoring that niggle which has been getting at you to chat with the old boy down the road who’s lonely, but putting it off until another day. Then you get involved with more pressing things and time passes. I know this doesn’t apply to everyone but I’m sure it resonates with some. We are human after all with all with our own individual failings, but God knows this. We can though, see Jesus in so many ways. When did you last see Jesus? I bet if you think about it, there are many times he has shown himself, perhaps in certain deeds, people’s faces, the things children say. In our daily lives it is all too easy to carry on without a thought of Jesus until something catches you unawares and touches your soul in some way or other, or more often than not, you need his help. How many times have we ignored the Lord or turned our back on him when he was right there in front of us.

Matthew 25:31-46 “but when the son of God comes in his Glory and the holy angels with him, then he will sit on the throne of his glory. Before him all the nations will be gathered, and he will separate them one from another as a shepherd separates the sheep from the goats”

If you read Mathews Gospel , separating the Sheep and the Goats, where the good and the bad are to be judged, you may, as I do, think, oh my goodness, I haven’t done half the good deeds I should have, and have been a disappointment to God in many ways. But surely God can recognise a tryer! Although we might very often fail, God knows that our intentions are good and I like to think he will take that into consideration when deciding if I am a sheep or a goat!

There are so many good deeds and causes to get behind, it’s an insurmountable task, but we are not expected to do it all, because the King whom we follow and worship is not one who rules with fear or cruelty, but with love and kindness. As Ezekiel describes him more like a shepherd king.

Ezekiel 34 11-16. “I myself will search for my sheep and will seek them out. As shepherds seek out their flocks… so will I seek out my sheep. I will rescue them from all the places to which they have been scattered”.

This is our King, the one who watches over us, helps us in our time of need, heals our hurts and softens our hearts towards one another. Our King, Emanuel, God with us, he was not a king as in the literal sense, not born in a palace with riches beyond compare, but a child found among the cattle in a simple stable in Bethlehem. So we don’t have to make massive gestures to win God’s favour, even the smallest, offered with sincerity could make all the difference to those we love and especially to those we find hard to love. We don’t have to search to find Jesus, he is always with us, we are his children and part of his flock and we have been found!

Dear Lord forgive us when we don’t hear you
and choose our own way.
Stir up our imagination to find ways of being better people,
to have eyes that see the best,
a heart that forgives
and a soul that never loses faith.