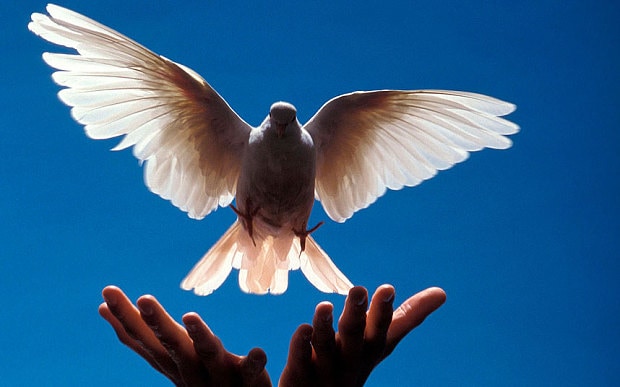 The Paradox of Royal Servanthood

Reflections following the immediate aftermath of the death of

As I write these thoughts, it is now two days since the sad announcement of the passing of Her Majesty Queen Elizabeth II and our thoughts and prayers remain with her family. As the Royal family grieves, the Nation grieves with them, as do so many people throughout the world. She was, of course, more than just ‘The Queen’, she was a mother, grandmother, great Grandmother, Aunt and so much more besides and she will be greatly missed.

Understandably, and by necessity, much of what we have been watching and listening to since we were given the sad news will have been prepared and updated over a period of many years. What has struck me is the picture we have when we add to all of that the immediate, unscripted, raw and instinctive reactions that we’ve heard from so many people, from all walks of life, since Thursday afternoon.

As I’ve been reflecting on this during my morning walks, one piece of scripture kept coming to my mind (Philippians 2 1-8) where Paul talks about receiving encouragement, consolation, love and compassion, how we should regard others, and even how we should take on the mind of Christ. The reading accompanies these thoughts.

We know the young Elizabeth did not choose to be Royal, it was by reason of birth. Neither did she choose to be Queen; it was by a succession of events not of her choosing. She did, however, have a choice of how to respond to her new role, how to use any influence she may or may not have, in short, how to live her life as a Queen. She chose, to the best of her ability and given the circumstances she was thrust into, to serve. In all that has been said in these last few days the same sentiment and feeling seems to shine through, that of the Queen’s kindness, warmth, humour, dedication to duty and humility.

This brings me to the paradox between Royalty and servanthood. Meeting the Queen was an event surrounded by protocols and rules about what should and shouldn’t be said or done, even on a Royal walk about you can see officials try to guide proceedings. Balmoral and Windsor were perhaps two of the very few places she could get close to normality in front of the public. So how did she achieve the closeness that so many seemed to sense.

Like many I’ve watched and listened to much of the coverage of the Queen’s life and Reign and two things have struck me, her smile and her eyes. Whenever you saw the Queen meeting someone, she looked directly at them, giving them that same wonderful warm smile we saw so often. It didn’t matter if you were a Head of state, Prime minister, Hospital patient, small child giving her flowers – or even Paddington Bear – the smile would be the same. On occasions perhaps because of thronging crowds, some of those meetings would only be a few moments, but in that moment, however fleeting that person would have the Queen’s full attention, regardless of who they were race, colour or creed, putting them at ease and making them feel special. What an example! When you saw her on the balcony of Buckingham Palace looking out at the crowds, it seemed to me she was always surprised and touched by the numbers and their excitement.  You didn’t sense from her that they were privileged to be seeing her, it was perhaps more that she was privileged to be seeing them.

I don’t think anyone could have achieved such public reactions over 70 years without that smile, humility and desire to serve being absolutely genuine.

At the other end of the scale was her experience, knowledge and wisdom. Listening to past Prime Ministers, who undoubtedly went their own way on occasions, it seems, never the less, that they valued their weekly meetings with the sovereign. I wonder how many disasters and crises were lessened or averted through her wise counsel.

The Queen made no secret of her own faith and trust in God. She said on many occasions how her faith had sustained her throughout her life and I believe she tried and succeeded to have many of the qualities encouraged though Jesus’ teachings in the gospels.

Thank you ‘Your Majesty’ for your dedication and service to the world, may God bless you and give you His peace.

Now we pray for her son King Charles III as he begins his reign. May he continue the pattern set by his mother, drawing on her example, his own unique gifts and above all faith and trust in God.

1 If you have any encouragement from being united with Christ, if any comfort from his love, if any fellowship with the Spirit, if any tenderness and compassion,
2 then make my joy complete by being like-minded, having the same love, being one in spirit and purpose.
3 Do nothing out of selfish ambition or vain conceit, but in humility consider others better than yourselves.
4 Each of you should look not only to your own interests, but also to the interests of others.
5 Your attitude should be the same as that of Christ Jesus:
6 Who, being in very nature God, did not consider equality with God something to be grasped,
7 but made himself nothing, taking the very nature of a servant, being made in human likeness.
8 And being found in appearance as a man, he humbled himself and became obedient to death– even death on a cross!

Well done to all who helped with our Christmas Fundraising Appeal. We have donated over £700 to Families in Focus (Essex) and more than £600 to Sanctus Chelmsford via the Just Giving page.