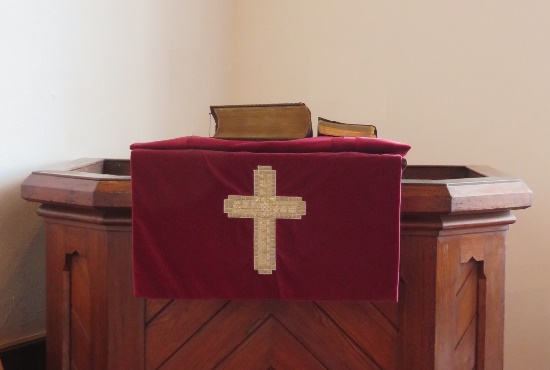 I hope that those who know me as someone who speaks about God in our world, have also come to know me as someone who is not afraid to find Him in the most difficult and sometimes darkest of topical challenges that we may face in our everyday life. This thought for the week is no exception and is I believe the toughest and most demanding subject I have ever written on, one of deep personal discomfort and heart crushing sadness. I refer of course to the report published by the Independent Inquiry into Child Sexual Abuse (IICSA) investigating the systemic failure of the Church of England to protect the victims of sexual abuse and being complicit in the hiding of abusers to protect the good name of the church. It is shocking, disturbing and deeply uncomfortable for anyone to read, especially for those of the Christian faith. I use the broader ‘faith’ term because you can forget about using any sort of denomination filter for the abstention of responsibility, this is to the wider world the fault of religion, faith and most critical of all ‘the collective Christian Church’ and though it hurts to say it, I believe they have a just reason for doing so. Every time somebody does something in the name of church, any church, there is an assumed inference that it is done with a vicarious acceptance by all of its universal members, especially by those who are non-believers and this report has created just such an image, simply by using the truth of what has occurred.

When the news broke of the report my immediate litmus test of its impact was to use social media, as that is where society has the opportunity to bare all its uncensored opinions. The overwhelming disgust, revulsion and loathing for all things Christian depressed me more and more with each and every entry that I read, the repeated malevolence towards my faith, towards God himself and of course the church, deeply saddened me at first before becoming an intense hurt, born out of a sense of shame for being part of an institution that allowed this to happen. So it begged the question, If I felt this way then how many others would too? Good people, now labelled by institutionalised failures that they were not directly responsible for, a label that sadly, I can promise you, will never truly fade, no matter how hard you may try. I know this because as a former police officer serving in the Met after the McPherson Report, following the Stephen Lawrence Enquiry, we were all given the label ‘Institutionalised Racists’ and if that didn’t hurt enough, what followed drove it so deep into my psyche that I struggle to talk about it even today.

I believed I was a good person trying to make the world a better place, I was never part of the Lawrence investigation, I was never racist, I went to work to protect those who could not do it for themselves and from those who would seek to do them harm, but no matter what I did or who I really was, every time I put on that uniform someone would remind me of my McPherson label, right up until the day I last hung it up, 16 years later.

I fear that the IICSA report will now do the same for Christians everywhere as the world now seeks to label us as institutionalised sex offenders, a repeated social media reference not mine. It is a reality that all Christians will now have to come to terms with and take ownership of because It is far too easy for someone to find absolution by simply saying that they had nothing to do with these failures to protect the vulnerable or to be dismissive of potential sexual abuse permeating into their own community, simply because it always happens somewhere else and never here, after all nobody that they know could do such a thing, right? To take this approach, in my opinion, is sure to perpetuate the problem and displays scant remorse for its happening or the required empathy toward its victims, both past and sadly future, because there will be future victims if we choose to hide under the covers of denial and hope it will all go away soon.

It takes incredible courage for a victim to lay bare all their pain and suffering of a violated childhood and they are owed so much more than just an apology for doing so. It calls for a reciprocal courage to do what is right, to be proactive in its prevention and be restorative of the ideal that church is a place of safety, immersed in the love of Christ for anyone who seeks it. This means taking responsibility for knowing what Safeguarding actually means and how it works in your church. It means asking yourself that soul searching question “what would it take for me to report something that I felt wasn’t right?” Perhaps give it the context of a suspicion about a friend, neighbour, family member, church member, church leader or is that simply not possible in your immediate world, just as I’m sure many others have thought so too and to which the victims sadly can bear witness.

If it wasn’t already hard enough being relevant Christians in this often dystopian world, it’s likely to get a whole lot tougher and we often use the expression ‘suffering in Christ’, well here is an example of where that just got real, delivered with every irreligious sneer and slight of our faith.

Sexual abuse is of course a global human affliction, however at this moment in time it is the church that is in the spotlight of recrimination and we have to acknowledge that the secular world is sitting in judgement of us and watching our every response towards a desired redemption as indeed are the victims and we must not be found wanting. Given that this a global issue it is also one the whole of society would also do well to reflect on.

We must of course remain steadfast to our Christian mandate of loving God and our neighbour as commanded, but when doing so, when you are wearing your Christian uniform of love, righteousness and humility, be prepared for what others outside of the church may choose to see, it might be you but then again it might be your new label, one will feel good and the other……..

As mentioned, this is global and human affliction and one that the whole of society would also do well to reflect on.

The readings I chose today are ones I have used to give me the courage and focus I needed after the above event. The first ‘Jesus Blesses The Little Children’ is one of my favourites and is found in three of the Gospels such is its importance in understanding the nature of the what the Kingdom of God is about.

I also like the imagery of the gentle affection Jesus shows toward such innocence and the status that He gives children in the world, a reminder of how they should be treated, nurtured and protected for they are the role models that will give access to the Kingdom itself.

The second (1 Peter Ch.4 v12-v19) seeks to remind me that living the life of Christ in order to be relevant is never going to be smooth sailing and in God we must trust because He keeps His promises for those who do.