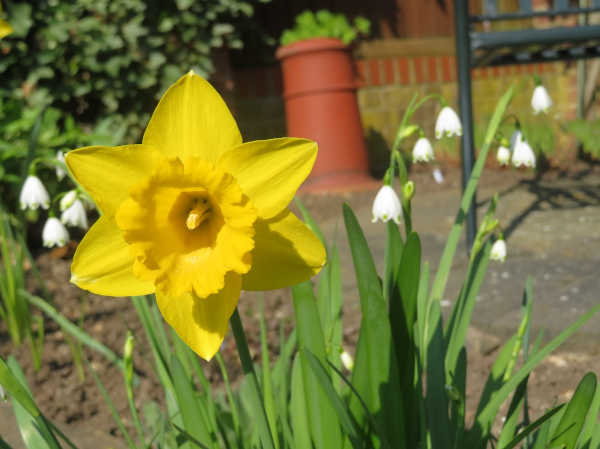 To begin this week, I think it would be a grave omission not to mention the man who in recent days has captured, not just the Nation’s hearts, but the hearts of many parts of the world! Captain Tom. In case anyone has been living on another planet in the last week or so, this is the man who, at 99 years of age, decided to walk up and down his garden 100 times before his 100th birthday in order to raise £1000 for our wonderful NHS. As I write this the total raised has reached a staggering £21 million pounds – and rising! Much has been said, as it should be, about this amazing effort by Captain Tom and, it must be said, his family, also the incredible generosity of the contributors inspired by his action.

But other things really shone out to me about Tom, not just his inspiration, but his genuine humility, constant thought for others and gratitude for all that he himself had. While people were congratulating him, he was congratulating others, for example, those with young families sticking to the rules while confined to small rooms and no garden, while he was so lucky to have a garden to walk in, he considered them to be among the heroes – and he’s right.

In the aftermath of Easter we start to consider the appearances of Jesus to his followers in the days after His resurrection. One of these is the account of the two on the road to Emmaus (Luke 24: 13-35). It’s amazing, these two people who clearly had intimate knowledge of Jesus and His ministry, had heard people saying he was alive again, yet, they didn’t see in the wisdom and knowledge of this man who joined them on the road, that he was in fact that same Jesus. It seems they needed to go through a steep learning curve on their long walk with this man before His identity was revealed to them, in the simplest of actions, the breaking of bread. The penny dropped. Once that happened, they were galvanised and eager to share the news.

At the risk of flogging the metaphors in these thoughts for the week, it seems perhaps that currently we’re all on our own roads to Emmaus. In the circumstances we find ourselves, for many, there’s opportunity and time to reflect and learn about ourselves and each other, to look around and see the goodness that is there around us – and what God has given to the world, for the penny to drop, so that when this is all over we can be galvanised into sharing it with others.

We shouldn’t forget though, there are people whose lives are so frantic with activity due the consequences of Codiv-19 that they have little time to think and reflect just now. Let’s support them in any way we can, by our thoughts and actions and be mindful of the understanding, love, and care they need now and will do in the future.

Father God
As we enter into yet another phase of
Isolation and social distancing
Help us to use this time wisely
To take time to reflect on your
Goodness in all that you give the world,
And to reflect on how those gifts can be
Shared with all the world.

We pray and thank you too
For those whose time is
Frantic with activity at the moment,
Give them strength and courage to cope,
Give them peace in the turmoil so many of them are in
And help us to act in a way that helps, supports
And protects them.

Heavenly Father
We lift them and our world to you
In the name of Jesus Christ our Lord.