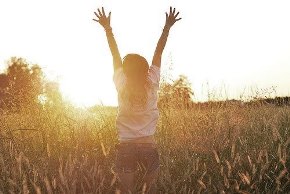 On Monday, in all the Old Vicarages and Rectories that haven’t already been sold off by the C of E, you will have heard nervous tinkling of teaspoon in saucer and barely suppressed groans as clergy in their parishes (how much longer will we be able to use that phrase?) start to prepare their sermons for this Sunday and see that the set Gospel (Mark 6: 14-29) is the story of how John the Baptist was executed after Herod’s stepdaughter (identified elsewhere as Salome) danced for the king and demanded the prophet’s  head as the price. It’s obviously important to Mark, whose gospel is the shortest and includes nothing of the Nativity but who begins by focusing on John and later takes care to include the circumstances of his death. It is a strange, gruesome story – one you might sooner expect to find in the ancient Old Testament or in Aesop’s fables, yet one rooted in modern recorded history and its personages. But it isn’t easy to work out what it is saying to us.  I imagine that many a priest will turn with relief to the Epistle and preach on that instead.

I began by looking on Google to see how the message of the story has been interpreted elsewhere, and I was quite shocked to come across this:

I thought initially that this must be a spoof, but had to conclude that it isn’t. You might agree with this interpretation, in which case go back to your cave and read no further. To me it is a wilful travesty.

I think you get closer to the meaning if you turn to the play on the subject, written (in French) by that well known expert on female sexuality, Oscar Wilde, which became the basis of the libretto of the famous – indeed, scandalous – opera by Richard Strauss. Wilde overall follows and builds upon the Biblical narrative, but makes one crucial change to the story – Salome does not dance for Herod because her mother Herodias wanted her to, and in fact overtly repudiated her mother’s guidance. She is completely amoral, indifferent to others, devoid of any principle beyond her own needs and pleasures. Fixated on John the Baptist, she never relates to him as a human being. She is doomed from the start.

John the Baptist is the other side of the same coin. Mark makes it clear that he is imprisoned not because of what he says about Christ: the bee in his bonnet is that Herodias divorced her husband Philip and married his brother Herod. He attacks her incessantly in misogynistic terms for contravening Jewish law. He could be said to choose imprisonment, to court death, to crave martyrdom. He too is doomed from the outset.

Between these two mirror extremes, the Herods show what happens when you compromise too far with the world. Herod’s policy is to appease the Roman Emperor in order to preserve the Jewish state (with himself as its ruler, of course). The world though extracts its price; Herod is in a state of moral limbo where every good principle he might have had has been betrayed, as the aphrodisiac of power, its exercise and its many perks, take their toll. He is enough of a Jew to be fascinated by what John says, but not enough of one to move outside his (pretty lavish) comfort zone.

They are each in their own way unattractive people in a death-haunted world.  And this is the point then: we are challenged to act differently from them. Firstly, although we can revere John as the forerunner of Jesus, this story shows how different the two are. If John had been the Messiah, there would have been no Christianity.  We though have the joy to follow a Saviour who was not obsessed with Jewish law, not anti-women, not viciously personal in his attacks on the political state, not deliberately provocative because he sought to die. Secondly, we must seek to avoid the trap into which the Herods have fallen – we are called to be a people who do what is right rather than what is expedient, to have some principles that we are not prepared to compromise. Thirdly, the story shows lost souls, each imprisoned in its own psyche, at sea in a cruel, pagan empire. But we can take to heart Christ’s message of deliverance from the cell of self, that he is come that we may have life, and that in its full abundance.

It’s enough to make you dance for delight – regardless of what Craig Revel Horwood might say about your footwork.

Forgive us for the times

We have acted to suit our own agenda,

And when we have simply followed the crowd.

Fill our hearts with wisdom, compassion and love.

Give us the courage and strength

To speak and act according your word.

Fill us with the joy of knowing you.

And may we spread that joy to others