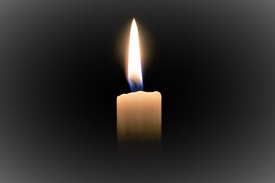 To err is human…

I am beginning  to write this on “Random Acts of Kindness” Day – or, as Christians know it, Ash Wednesday. It’s another attempt by Cadbury’s to flood the world with chocolate on religious occasions. But let’s say you resist – instead, you walk into one of the churches open at the moment, and hear the choir beginning to intone the set psalm for Ash Wednesday:

Have mercy upon me, O God, in your great goodness ; in the fullness of your mercy blot out my offences.

Wash me throughly from my wickedness : and cleanse me from my sin.

It pulls you up short, doesn’t it, especially if you’re a happy-clappy sort of Christian for whom sin is cancelled (Wesley’s word), or a priest who avoids mentioning the s** word in case you upset your parishioners. Yet there it is.  And even if we sideline it for the rest of the year, somehow Lent forces it upon the attention – beginning with that psalm. And continuing:

Behold I was born in wickedness : and in sin did my mother conceive me.

Well, that’s a line you won’t expect to hear on Mothering Sunday. In a nutshell it’s the doctrine of Original Sin – that we are innately sinful, just as Adam and Eve, the father and mother of us all, were not satisfied with perfection, broke the only rule God gave them, and thus brought sin and death into the world. Thanks a bundle, guys!

On the one hand, many of the big religious moments only derive their full meaning from this doctrine. Christ became incarnate at Christmas, died and was resurrected at Easter, in order to defeat the power of sin. Sin gets a big mention at baptism and confirmation; it gets a passing reference in the old marriage service; it’s there in the last rites, and the elephant in the room in funeral services. Holy Communion gathers all of these up:

And our souls washed through his most precious blood.

It moves me every time I say it. Yet its influence doesn’t seem to last very long – minutes after I’ve taken communion, I’m feeling cross if someone hits a bum note in the next hymn (especially if it’s me), or if someone gets to the best (most chocolatey) biscuits after the service while I’m still playing the voluntary. There it is – what can I do about it?

It’s easier to say what I’m not going to do about it in Lent. I’m not giving anything up. Too often such things are tainted with self-interest. You give up chocolate and then feel very pleased with yourself because your weight goes down and your money goes further. And in my experience it’s easy – go a couple of days without chocolate and forty become…a piece of cake. But that psalm nags at me again:

For you desire no sacrifice else would I give it you : you take no delight in burnt-offerings.

The sacrifice of God is a broken spirit : a broken and contrite heart O God you will not despise.

Giving up chocolate for Lent then is not really an acceptable sacrifice at all. Giving up gin might be, but I do not feel inclined to find out!

Equally, I don’t think Tony Cant, the vicar of Roxwell, would feel all that pleased if we all popped round to make our individual confessions of specific sins to him on a Saturday evening. Luckily, the Church of England covers all eventualities:

We have sinned against you in thought and word and deed; in the evil we have done and in the good we have not done; through negligence, through weakness, through our own deliberate fault.

I can quite easily think of at least one thing under every one of the eight headings there, and if in Lent I can try to deal with just eight, then for me that should be something worthwhile to attempt, however (un)successful  the outcome.

I would add that the modern confession in the Church of England also refers to sin “against our neighbour”. It’s an idea that I have always felt uncomfortable about. I go back again to the Ash Wednesday psalm:

Against you only have I sinned, and done what is evil in your sight : so that you are justified in your sentence, and blameless when you judge.

Yet the fact remains that most of my sins involve my thought, word and deed in respect of other people: the psalmist makes it clear that these are offences in God’s eyes too. So I feel my Lent observance should be marked by greater tolerance and generosity (handing over to others the chocolate I decided not to give up?). Perhaps Ash Wednesday’s rebranding as Random Acts of Kindness Day is, after all, not totally inappropriate…

For I acknowledge my faults : and my sin is ever before me.

This is a starting point. To acknowledge sin is to open the door to repentance; repentance opens the door to forgiveness. To me, forgiveness is one of the most powerful attributes of humanity; it is of the essence of God, and the act in which we most closely partake of the divine nature. It is at the heart of some of the greatest literature (King Lear, for example, when Cordelia lovingly forgives her father for disowning her), the key to some of the most moving music (Puccini’s Madama Butterfly, for example, when Butterfly forgives Pinkerton and his new wife for taking her beloved child). And in real life, we have all watched and marvelled when someone publicly forgives someone who has done them unimaginable wrong and harm. It shows how to overcome evil with good. It transforms Lent from its traditional connotations of gloom into the path to reconciliation, redemption, Resurrection:

Make me hear of joy and gladness: renew a right spirit within me.

My tongue shall speak of your righteousness : and my mouth shall proclaim your praise.